What Gives Online Poker Its Longevity

The modern landscape of online casino games is one of the broadest and well-known forms of interactive entertainment the world has ever known. Poker makes up an appreciable part of that equation, with its myriad forms each finding their niche with amateur and professional players both. Yet, as many forms of digital entertainment come and go, poker only seems to grow bigger. So, what is it exactly that lets poker succeed where so many others have failed, and what could be next for this arm of the online casino industry? 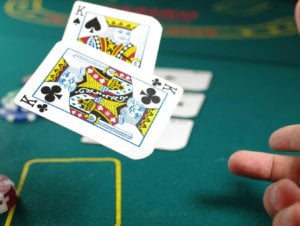 From Classical Heritage to Modern Convenience

The origins of poker are nebulous are best, though most scholars place its beginnings around 1,000 years ago in China, or Persia in the 16th century. Regardless of when it began, the game has been a major part of the gambling world since the 1800s, where it became a key staple in the Wild West. Long seen as a test of patience, wills, and critical thinking, the easy to learn but impossible to master nature of poker has maintained its place in the spotlight.

In the digital age, poker’s advantages came from how simple it was to interpret the game into the online space. Even in the earliest days of online casinos in 1996, poker could effectively be represented with the simplest of graphics and least powerful of computers. Essentially, it has next to no technological barriers of access, which made its early and then continued popularity all the easier.

The Strength of Flexibility

Keeping poker on the main stage might have been problematic if the game stagnated, however, both the original game and the contributions of online software have effectively met this challenge. As any player will know, the term poker relates more to an overarching network of games rather than one single title. Years ago, the word might have made people jump straight to 5-card-draw, but today, poker usually means hold’em.

Online, this flexibility goes a step further. With the use of software, themes and variations on established formulas push poker to new heights. This development is hardly new, most closely mirroring the path taken by slots online. Just as slots like Starburst, Wolf Gold, and Book of Dead put their own spin on a classic idea, so too do online poker games. Like slots, there’s something for everyone, so newcomers are never left wanting for choice.

As established and well-performing as online poker is, it’s still got plenty of untapped potentials left unexplored. The most exciting of these come from virtual and augmented reality, both of which could have significant implications for the future of the online game. When implemented, these technologies could allow a much more physical experience at home, or just create a more dedicated and engaging environment in which to play.

Though it might be some years yet before we see VR and AR poker games on the internet become standard, players can at least rest assured that they’re still spoiled for choice. With around 2,800 casino websites online, and the market still on a steady uptick, poker shows no signs of receding back to the physical realm from which it came. It’s a new golden age and one which only grows brighter by the year.

Do you hope to learn the finer points of poker? Have you ever wished to play like the professionals? If so, there is nothing wrong with a bit of extra inspiration. While watching a few WSOP hands is always wise, why not also step outside of the box into the world of cinema? There are […]

5 Types of Poker You Should Get Familiar With this Year

Poker is one of the most popular casino games with more than 90 million people playing it worldwide. The card game is available both at land-based casinos as well as online casinos. Though Texas Hold ‘Em is currently the most prevalent type of poker, there are numerous other variations of this beautiful game. If you […]

A Brief History of Online poker

The whole family is gathered in the car, looking forward to visiting Grandma. The best waffles in the world awaits, but not today. To everyone’s surprise the doors are locked. Grandma is playing poker. Photo: Pixabay   Although people still use the classic card of decks when meeting family and friends, poker online has become […]

Poker is a card game that has fascinated players for several decades. With the World Series of Poker app you have the opportunity to try one of the toughest and most existing card games for yourself, directly from your smartphone. Take part in exiting tournaments and enjoy a bonus galore with this popular poker app.

If you are looking to set yourself up for a chance to become the next Jake Schindler, then it’s about time you started small, just like he did. Head on to a promising online platform and get yourself signed up. A good point to start would be to look for legal casinos in Denmark and […]

If you are looking for someone to emulate in the poker world, then Scott Seiver is your go-to. He started small and right now he is in the big leagues of professional poker players in the world. Head on to a promising online platform and get yourself signed up. The Danish Mr. Green review is a good point to […]

Sam Greenwood has made huge winnings and losses in the World of poker. He plays at both online platforms and at live tournaments. What is Sam Greenwood net worth? Read to learn more.

Who was the poker legend, Johnny Moss? What is Johnny Moss net worth? Learn about Moss' achievements, winnings, losses and poker strategy.

Lily Kiletto is not a new face in the poker community. She stepped into the game in 2011 and has made a couple of winnings. What is Lily Kiletto net worth? Read to find out more.

Who is the well-known poker player, Phil Gordon (Tiltboy)? What is his net worth? Learn about Gordon's net worth, accomplishments, failures and strategy.

Have you heard of the famous poker player, Erik Seidel? Are you interested in knowing about his poker escapades, especially Erik Seidel net worth?

Chris Moneymaker is a famous pokey player. Do you have an idea of Christ Moneymaker net worth in poker industry? Read on to learn more about this exceptional player.

Who is Reckful? Is he really popular? What is Reckful net worth? All these questions will be answered here. Read on to find more about this young celebrity.

Well, is it true that Matt Kirk net worth is $600 million USD? Where did he get all that money from? Could it be from poker games or other businesses?

Apart from his net worth, we will also look at his background, his business enterprises, and poker games. We will highlight his winnings and losses.

Phil Ivey is one of the top poker players in the industry and he has earned a name among elite players. Over the years, Phil Ivey net worth has grown immensely and he has been able to create a niche for himself among his contemporary.

Jason Koon’s success in the world of poker is traceable to his strong background in online poker. He is very famous for playing regularly at the biggest high roller.

Jason Mercier is no doubt one of the most successful professional poker players alive. A look-alike of Ryan Gosling, Mercier is a likable and gifted poker player who has made an amazing impact in the world of poker.

Popularly known as “The Great Dane” Gus Hansen is another professional poker player worth knowing and learning from.

Justin Bonomo, also known as ZeeJustin among his online poker fans, is an exceptional poker player. He is best known for his exploits and winning at the World Series of Poker of 2018 during the Big One for One Drop event.

David Peters has no doubt made a name for himself in the poker community. The young high stakes tournament professional player from Toledo, Ohio has won at many tables.

Who is Phil Galfond? If you are a poker fan, you definitely would have heard this name come up in poker news every now and then. Galfond is one of the top poker professionals who have earned their place in the world of poker elite across the world.

Have you ever wondered what Daniel Negreanu net worth really is? You don’t have to ponder on it further. Here, you will read everything you want to know about this poker player extraordinaire.

The name, Dan Bilzerian, always create a buzz anywhere it is mentioned. He is not only a poker pro but also an Instagram celebrity. He has been dubbed a playboy by many and he is living up to the name to the fullest.

When you hear ‘Durrrr’, only one name comes to mind and that is Tom Dwan. Dwan is a famous American poker pro and he has been on the poker scene for a long time now.

There is no way you will talk about popular poker pro that you will not mention Doug Polk. He is known for his skills and confidence at the poker tables.

Andrew Neeme is one of the faces you see at poker tables, both online and at physical casino, and wonders what exactly they are really up to. At times, you would want to wonder if he is actually a professional poker player or simply a poker Vlogger.